Economic and organised crime, corruption and money laundering pose serious threats to the countries in South East Europe and beyond the region. They undermine public trust in the rule of law and the institutions of governance and ultimately weaken civil society, the protection of human rights and the prospect for economic development.

Strengthening the current systems to trace, seize and forfeit proceeds of crime, is a matter of urgency and one of the crucial steps towards the implementation of Bulgaria's priority and that is, preventing and combating organized crime and corruption, reinstating justice and compensating the victims of crime.

In Bulgaria the Asset Recovery System has a relatively short history in terms of operational asset recovery.  The original “Law of Divestment in Favour of the State of Property Acquired from Criminal Activity” was adopted in 2005 while the Commission for Establishing of Property Acquired from Criminal Activity (CEPACA) was defined as the competent state authority for asset recovery. A second new “Law on Forfeiture in favour of the State of Illegally Acquired Property” followed in early May 2012, taking effect in November 2012, which abolished CEPACA and created the CIAF (Commission for Illegal Assets Forfeiture) as a full-fledged successor assuming all rights and liabilities of CEPACA.

Various international organizations have focused in recent years on the state of the asset recovery system in Bulgaria. Several of the recommendations given to Bulgaria by the Venice Commission of the Council of Europe (2010), the UN (2011) and the EU (2011) aimed at strengthening the legislative foundations of the asset recovery system have been implemented with the adoption of the new Law. At the same time a more recent review by the Council of Europe MONEYVAL Committee finalized in September 2013 has identified a number of issues, particularly in terms of effective implementation of existing norms. Specifically it was recommended that “efforts be made by the authorities to increase the number of provisional measures applied and the volume of forfeited assets and to make more use of the powers currently vested to them by the existing legislation which offers a relatively broad authority to seize/sequester and to confiscate”.

Given the abovementioned context the Project on improving the Asset Recovery System in Bulgaria is aimed at enhancing the implementation and effectiveness of existing asset recovery instruments and government authorities. Relying on key European and international standards the Project will deliver good practices in asset recovery to enhance the system in Bulgaria through sound policy analysis, recommendations, capacity building and training programmes for the full range of agencies involved in asset recovery, including CIAF, law enforcement, prosecution, judiciary and others.

The Project is implemented by the Commission for Illegal Assets Forfeiture. In this capacity it is responsible for initiating, preparing and implementing all the project activities (including evaluation and reporting). The CIAF has established a Project team, which is led by the Chairman of the CIAF itself.

The Council of Europe is a Project partner, and contributes its expertise to a number of activities within the Project. The CoE also draws on its extensive network of professionals in the area of asset recovery in order to bring the best practices of CoE member-states into Project activities. A Project Administrator in the CoE is responsible for implementing the partner role of the CoE within this Project. 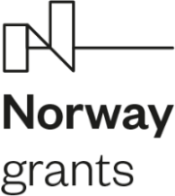